No Class A volleyball program has been as dominant in recent history as Century.

The Patriots have reached the state title match in each of the past nine seasons, winning five championships over that stretch.

Many great players have contributed to Century's dominance.

Katie Scherr is one of them. Her skills, work ethic and team-first attitude highlighted her impressive career. Perhaps it's no surprise it was Scherr who put an exclamation point on the Patriots' title run in 2015, providing the game-winning kill in a sweep over rival Bismarck High. All-state and Gatorade Player of the Year honors would follow.

Scherr's love of competition also shined in basketball and on the track where she was a key contributor in those programs.

However, volleyball was her passion and she carried that forward into college at Colorado Mesa University.

After a playing career and graduation there just a few weeks ago. She is back home and set to embark on a career in education and coaching.

Q: Were sports a big part of growing up for you? Did you take part in several, and if so, which ones? Did you compete in several camps/off-season training?
A: Yes, sports were a huge part for me while I was growing up. At a very young age I participated in track, basketball, and soccer. I started volleyball a couple years later and played all of those in elementary school. Then in middle school I played volleyball, basketball and track and continued those throughout high school.
I did a ton of summer camps and training ever since I started playing sports at a young age. In high school I did more volleyball camps because I knew that’s the sport I wanted to play in college. This helped me with the recruiting process.

Q: In high school you participated in volleyball, basketball and track. Did you enjoy having that steady schedule of athletics? Did that cross-training help develop skills? It’s quite a commitment to continue to be active in sports as well as balance that with school and other interests.
A: I did enjoy having a steady schedule. Having a busy schedule like that helped with my time management between school and playing sports, which prepared me for college.
I would definitely say that the cross-training helped me all around with all the sports I played. Each sport I played had a variety of different skill sets but those helped me with all my sports in different ways.

Q: You excelled in volleyball and were part of a successful program at Century. What are some of the reasons that the Patriots has had so much success in volleyball? What’s helped bring and continue that winning culture there?
A: I would say the program at Century High school holds a high standard and athletes coming in know that standard and what it takes to have a winning culture. Athletes know that they need to put in the work in the summer to prepare for the season. I also think the athletes and coaching staff have a close relationship which also builds into that culture.

Century's Katie Scherr helped lead the Patriots to a Class A volleyball title before moving on to compete at the collegiate level in Colorado. Photo courtesy of the Bismarck Tribune

Did You Know: Scherr was the ND Gatorade Volleyball Player of the Year in 2015...She attended Colorado-Mesa University in Grand Junction, CO. and earned Rocky Mountain Athletic Conference all-academic honors.

Q: Was there a particular season/match/moment that stands out during your time playing volleyball at Century?
A: My senior year in the state championship game I got the game-winning kill. That is something I will never forget.

Q: You were named Gatorade Player of the Year in volleyball, in addition to the other honors. That’s a testament to your skills and work ethic. What do you think separates good athletes from great ones? What attributes they possess?
A: All good athletes practice the skills but going the extra mile, or working hard in everything you do separates the great from the good athletes. I also think attitude has a big part in it too. Great athletes need to be coachable, a team player and also have the drive and determination in everything they do.

Q: Was competing at the collegiate level one of your goals? When did that enter your mind, and did you have several schools in mind? What drew you to Colorado Mesa University for volleyball?
A: Competing at the collegiate level was always one of my goals. I started to have a strong passion for volleyball in middle school then in high school and I knew I wanted to play in college. Starting freshman year of high school, I would go to volleyball camps at different colleges and universities. My sophomore year I was on a club volleyball team that would travel for tournaments. My coach actually went to Colorado Mesa University for his undergrad and helped with the team. He is the one that mentioned that I should go out to Colorado for volleyball camp. I loved everything about the school and program, so I committed before my junior year.

Q: Certainly, collegiate volleyball is more demanding than high school. What were some of the differences? And what were some of the challenges participating in a sport and also balancing the academic side?
A: I know a lot of people say the term “it’s a full-time job”, but I do have to agree with that. You do have to be 100% committed to the program you are part of. The schedule is more demanding because there are usually early morning weights, class all day and then practice in the afternoon. There is an off-season which consists of weights and practice.
I would say I was prepared from high school for balancing academics and athletics. The university holds a high standard for student athletes keeping their GPA above a 3.5. Each sport would have “study hall” that would be mandatory for athletes that would be under that GPA. I think that standard helped because its motivated athletes to really focus on academics. Professors at the university also work with athletes, missing classes for athletics so it’s important to get to know your professors.

Q: Was there a particular season/match/moment/accomplishment that stands out during playing at Colorado Mesa?
A: All of my junior year season (2018) stands out because we excelled as a team. We won our conference and got a chance to play at NCAA regionals.

Q: In addition to traditional volleyball, I see you took part/participate in beach volleyball for the school. What’s that like? What do you enjoy about that style of volleyball?
A: Playing beach volleyball was a really awesome experience. Beach volleyball only has one division so far, so everybody competes at the D1 level, which is pretty cool. Beach volleyball is played in pairs, so you definitely touch the ball a lot more than indoor volleyball. It’s a little slower pace and more localized with the type of hits or shots you want to do. It is also cool because you do not get a lot of help from coaches or other players on the side, so you and your partner have to work and strategize together. Beach volleyball also helped me a lot in indoor volleyball.

Was ND Gatorade Volleyball Player of the Year

Where are they now: Century volleyball standout Katie Scherr

Q: Are you still finishing school, or have you recently graduated? Has the recently COVID-19 pandemic put your school on hold?
A: I recently just graduated on May 16th.

Q: What degrees have you earned?
A: I graduated with my Bachelor of Arts in Kinesiology with a focus on K-12 Education.

Q: If you have finished school, what’s the next chapter for you? Are you working?
A: I recently just took a job which will be half at Century High School teaching Physical Education and the other half at Horizon Middle School teaching Health in Bismarck.

Q: What are some of your hobbies/interests outside of athletics?
A: I really like spending time with family and friends. Going boating on the river or going to the cabin. I also really enjoy coaching and have a huge passion for that.

Q: Do you have any advice for athletes today in high school? What are some things they should focus on? What are the best parts of competing in activities they should embrace?
A: My biggest advice for younger athletes is to have fun with every single situation. Too many times I think athletes get caught up in everything and don’t realize it’s a blessing to even be playing a sport. I also think athletes should focus on what they can control. Sometimes things don’t go as planned.
I personally think the best part of competing in athletics, especially volleyball, which is a team sport, is playing with other people that have the same passion as you. Athletics also teaches you a lot about yourself and real-life situations. It also goes by way too fast! I recently just finished my last season of volleyball ever and I do miss it, so embrace every situation! 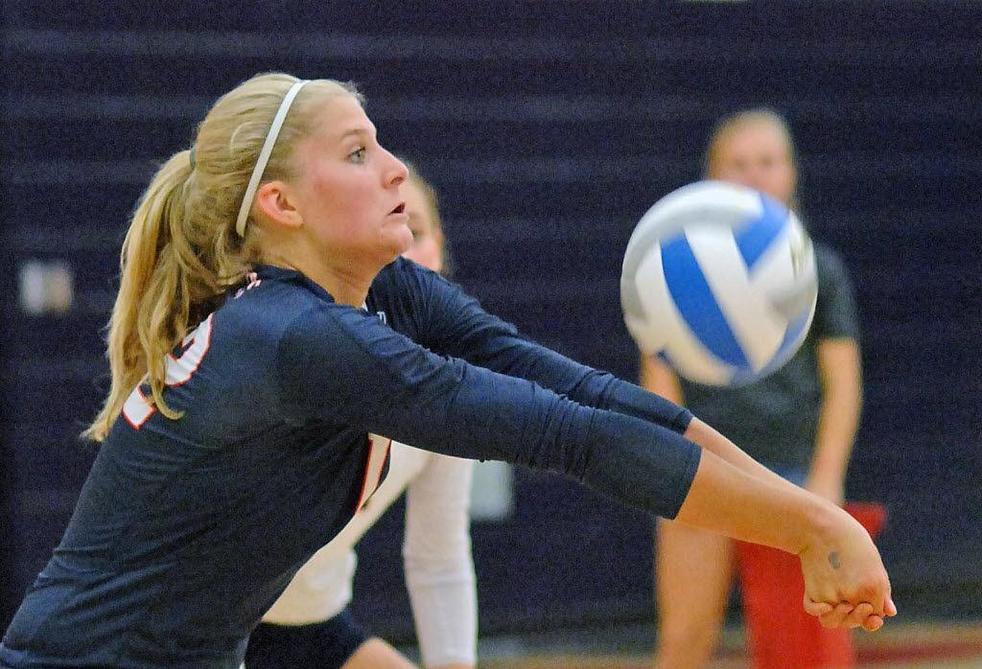 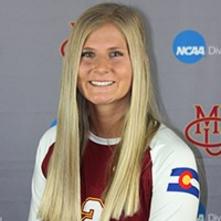