Q: You were part of the NDSU wrestling coaching staff, correct?  When were you there? What was it like to coach at the college level?
A: I was part of the NDSU wrestling staff for one season (2012-13). It was a great experience to coach at that level, but it was even better since Manny Rivera and Roger Kish were my teammates at the U of M. It made me miss competing, but also gave me a new respect for coaching. Once you begin to invest time in individual wrestlers, you want them to win so bad that you feel it when they lose. One of the coolest experiences was coaching at Division I NCAAs and seeing Trent Sprinkle knock off two-time 125-pound national champion Matt McDonough of Iowa in the Round of 12 at the NCAA Wrestling Championships. It secured the first All-American finish by a Bison wrestler since the school joined the Division I ranks.

Q: Following your coaching at NDSU, what was the next chapter?
A: The next chapter for me was moving to Bismarck to start a new career in the commercial and residential insurance world. It wasn’t something I had planned, but an opportunity came to me that I couldn’t refuse.

Q: What is your current occupation/career? Can you tell me about what you do, the business your involved in?

A: I’m a sales representative for Emerson in the Automation Solutions business unit. My focus is measurement and automation solutions in the oil,  gas, power, and refining industry throughout Central and Western ND. I am also completing my Master of Business Administration through the University of Mary with hopes to become a strategic planner within Emerson.

Q: Is wrestling still part of your life? Do you coach and/or following the sport locally?

A: Unfortunately, I am not involved in wrestling these days. Between traveling for work most weeks and completing my MBA, I have limited free time. I do watch the ND state tournament as well as the NCAA Division One Championships.

Q: Are you married and/or have a family of your own? What are some of your interests and hobbies?

A: I am neither married nor have kids. I can see myself getting involved in wrestling again if I have kids. My hobbies include fly fishing, biking, golfing, and relaxing on my boat on the Missouri River.

Q: And lastly, is there some advice you can give to young student-athletes today. What should they be getting out of it? What really matters?

A: Don’t expect success without putting in blood, sweat and tears. Maintain your grades so you can focus on your sport instead of stressing over academics. Remember to take advantage of the time and resources you have. Only worry about what you can control and embrace the grind. Before you know it, your days competing will be over, and you’ll ask yourself if you gave it 100%. If you can answer yes, you can walk away with your head high. Last but not least, don’t forget to have fun during practice and competition.


Glasser went 47-0 in his senior season. Photo courtesy of the Bismarck Tribute

Q: You went undefeated in your senior year, 47-0. Was that your most memorable season?
A: Actually my most memorable season would have been my sophomore year (2004). During the start of the 2004 season, my weight class (135) included Phil Bastings, which at the time was a 3-time state champ (went on to become a 4-time state champ @ 140lbs); Keith Sebelius who was also a state champ; and Jay Halvorson who was a state runner-up. In total, we had six state titles between us at 135 lbs. It was a challenging season, and we had a lot of close matches, but thankfully I was able to capitalize on a few crucial matches during the end of the season.

Q: Bismarck High's wrestling program is unparalleled when it comes to tradition and success. Certainly, you were part of that great tradition. What do you attribute to this winning culture?
A: I feel that the BHS wrestlers and coaching staff always had the mentality that they were going out there to win. The coaches knew what was needed, and the wrestlers trusted their process without question. We were all on the same page in the room, which created an environment that consisted of intense battles and high-level technique sessions.
Another addition to this was Milo Trusty with the MatPac wrestling club. This was the feeder program for BHS wrestling, which has historically produced a shocking number of  high school state wrestling champions.

Q. You had success competing there. I believe you twice reached the NCAA Tournament (2010, 2011). What were some of the key differences between competing at the high school level and competing at the Division One level?  Was it quite challenging?
A: The Division I level is very demanding on the body and mind. The season is longer than high school, and the competition is top-notch. You also have two practices per day, and it is up to you to diet correctly, cook meals, and everything else that your parents might have done for you during high school. On top of that, you had to maintain your grades and make up for any classes you may have missed. Working with teacher assistants and study groups late at night was very common for most of us.

Q: During your years at Minnesota, was there a particulate season/accomplishment/moment that stands out? Something you remember most?
A: My junior was one of my favorite years. It was the only year that I didn’t experience major injuries and I was able to focus on wrestling instead of healing my body. That year I had the most dual and overall wins on the team. I also made it to the Big Ten finals, where I ended up finishing second to the future national champ. It was bittersweet as I did not perform to my ability at NCAAs, but overall it was my favorite season.

Q: It's one thing to participate in sports at the collegiate level, but then to also balance that with academics and living on your own. What was key to keeping everything going? Time management? Discipline? Routine?
A: Well, if you do not maintain a certain GPA, you are not wrestling. Most of us came to the U of M to wrestle, so we understood that studying was essential. Time management was critical to complete assignments and minimize stress. A lot of us wrestlers had the same classes, and just like practice, we kept each other accountable. Once you got acclimated to the routine, it wasn’t as tricky.

Q: What year did you graduate from there? What degree did you earn?

A: I graduated in 2011 with a Bachelor of Science in Business & Marketing.

Q: Following graduation, what was the next step for you?

A: My next step was to find a job and figure out where I wanted to live. I ended up moving to California for a bit, but after a year, I decided to move back to North Dakota due to the number of jobs available.

When it comes to the top high school wrestling program in North Dakota, Bismarck High has no peer.

The Demons are synonmous with championships and dominance. Over the years there have been many standout performers that were clad in BHS' maroon. Among the greats is Scott Glasser.

Winning a state title is special. Winning two in a row is impressive. Three straight is quite a career. How about five consecutive championships?

That is what Glasser achieved during his career with the Demons (2002-06). He is the only BHS wrestler to accomplish that feat.

Following a successful collegiate wrestling career and graduation from the University of Minnesota, Glasser later went on to serve as an assistant coach for NDSU's wrestling program for a year.

Today, he resides in Bismarck and is employed by Emerson, a firm that specializes in automation and  and commercial and residential solutions. He is also working toward a Masters in Business Administration from the University of Mary.

Q: When did you begin wrestling at a young age? How did you get involved? Did you participate in a youth wrestling program?
A: I joined the MatPac wrestling club at age five. The main reason I joined wrestling is that I was a hyper kid, and my elementary teachers were struggling to keep me entertained in class. My cousins (Matt & Mike Lund) had already joined MatPac, so my parents decided to enroll me with the hope that it would help me stay more focused during school, and most importantly, out of trouble.

Q: Was there a point early on that you knew, "Hey, I'm pretty good at this!"

A: Honestly, I don’t even remember when that thought came to my mind. If I had to guess, it would be after I won my first challenging match, which was also the first tournament of my career. I had to wrestle Joe Trottier in the finals at a freestyle tournament in Mandan, ND. I believe he had won state the prior year, and it was apparent that he was experienced. It was a wild match, but thankfully, I ended up winning by a few points. I’m pretty sure Joe got me back though!. We had some epic battles earlier in our wrestling careers.

Q: What are the attributes that separate great wrestlers from good ones? Personal responsibility to improve, Work ethic, skill/technique? Mental preparation?

A: The willingness to win is what separates great wrestlers from average wrestlers. Mental toughness, work ethic, improvement strategies, and overall grit is key. These attributes are relative, so the more pain and practice you put yourself through, the better you will be positioned during a difficult match or tournament. Review tape on your opponents and past matches. This will help you prepare for critical matches, while also working on individual improvements. Make sure you have a plan to practice in the off-season and document a few obtainable goals on paper that you would like to reach by the beginning of the next season.

Q: How did you prepare mentally before matches?
A: Music helped me prepare for matches. I would go through the match in my head while warming up and envision myself getting my hand raised. I would also remind myself that I was the better wrestler, had better coaches, and that I put in more time on and off the mat than my opponent. Even if I was lying to myself, I convinced myself I was better.

Q: You have the distinction of winning five Class A individual state championships. That is an amazing accomplishment, since there are so many variables that go into each season. What do you credit to achieving this feat?
A: My parents sacrificed a lot of time and money throughout my career to make sure I had high-level training and sufficient mat time. They made it a priority to travel and support me as much as they could during my high school and collegiate career. Milo Trusty, Jeff Schumacher, and Scott Knowlen were also instrumental to my success. Without those coaches, I would not have reached my full potential. Also, I had fantastic practice partners. We were able to push each other both inside and outside the wrestling room. You need to surround yourself with like-minded individuals that have similar goals. Along with everything I mentioned, my focus on training during the off-season was a big reason for my success, especially in high school. That is the best time to gain ground on your opponents. 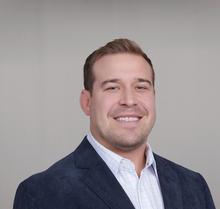 Where are they now: Bismarck wrestling standout Scott Glasser 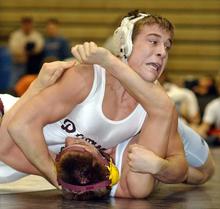 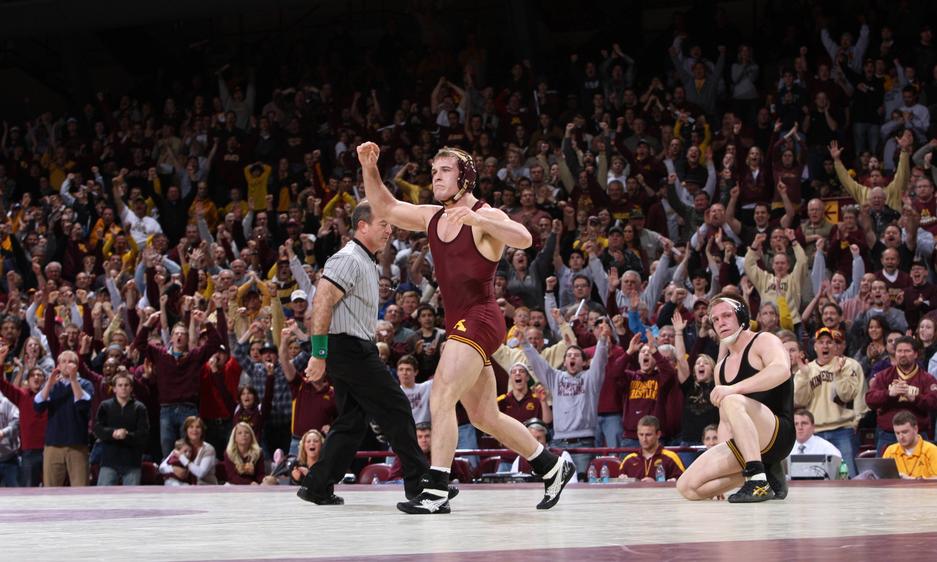