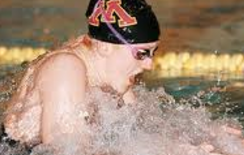 Where are they now: Minot swimming standout Dagny Knutson 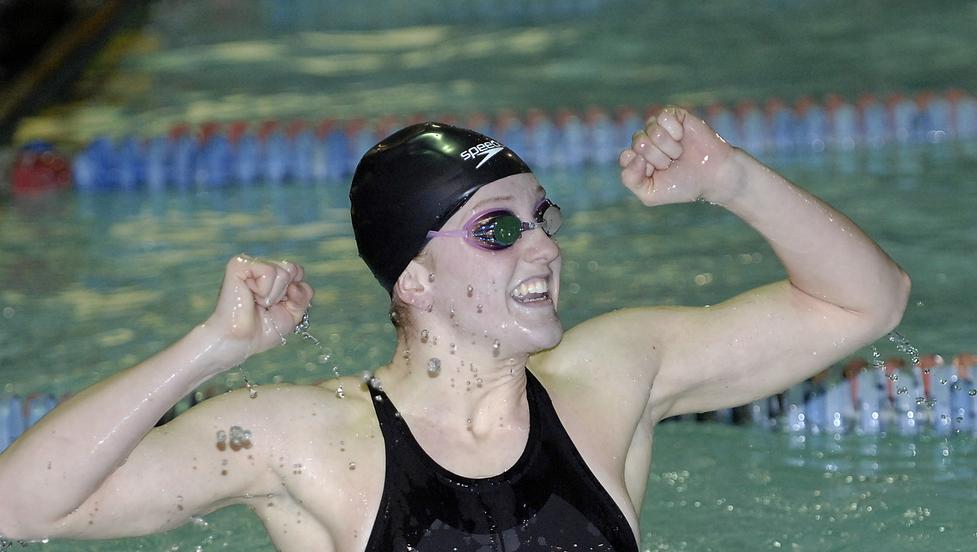 The NDHSAA began sponsoring girls' swimming-diving since the fall of 1974 and throughout the years to follow many outstanding swimmers have come and gone.

Perhaps none better than Minot's Dagny Knutson. She competed for six years for the Majette's program (2004-09), amassing 10 individual and six relay state championships. She still holds five individual swim records. Knutson's times were among the best across the country and led to her participation on the national and international stage throughout her career.

Today, Knutson's focus is now on completing a Master's Degree and settling into a new home in Florida. She recently took time to discuss her swim career and what she's been up to once her competitive swimming career ended.

Q: Did you always live in Minot growing up?
A: Yep! Not born there but raised there since I was 3 years old until I left Minot at 18

Q: Did you begin swimming at a fairly young age?
A: Started with Minot Swim Club at 9 years old.

Q: What drew you to that sport/activity?
A: I tried most sports as a kid, and my neighborhood friend swam and convinced to me try it. I fell in love with it instantly.

Q: Was there a point in your early days of swimming (youth events/competitions) that you realized, “Hey, I’m getting pretty good at this!”
A: Almost right away. It was something I picked up very easily. I always did well in swim lessons, so once I got on the swim team and there was a competitive aspect to it, I thrived. I loved racing those next to me.

Q: Did you participate solely in swimming, or were there other activities/interests your were part of during your youth and high school?
A: I mostly swam. I enjoyed running and did track and field in seventh grade, but after that, I solely focused on swimming since I wanted to dedicate as much time to that sport as possible.

Q: How many seasons/years did you compete for the Majettes?
A: I started in seventh grade and finished my senior year of high school.

Q: You hold five NDHSAA swim records (200 Free, 200 IM, 100 Fly, 100 Free, 500 Free). Was there one event that was your favorite?
A: The 200 free was always my favorite because freestyle was probably my best stroke and the 200 wasn't a sprint, and it wasn't a distance event . It  was the perfect length for me strengths. I liked training everything/all events, and I feel fortunate to have had skill in the other strokes as well.

Q: Swimming-Diving is a team sport, but certainly weighted heavily on the individual performer. In addition to having individual success, was being part of a championship and perennial power equally gratifying?
A: The thing I loved about high school swimming was that it was more team oriented than club swimming, or most competitions at an elite level. In high school swimming, I may have scored points, but no one person can win a team state championship. Minot High has won as many state championships as they have because there were other teammates who performed well too! Being a part of a team also helped take a lot of the pressure I already put on myself. Some of my best performances, or relay swims were right after I was laughing so hard with my teammates behind the blocks! 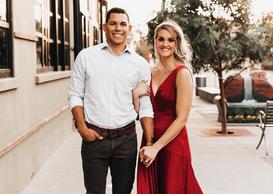 Q: Minot has a rich tradition as a swimming power in North Dakota – both boys and girls. What do you attribute that to?
A: I think if you want to have a culture, you have to be the culture. And by that I mean, for Minot to have such a rich history of swimming, it takes a community of people to be dedicated toward a common goal. And dedicated consistently. Minot has had great coaches over the years, and a lot of successful swimmers that have paved the way for swimmers like myself. I feel fortunate to have grown up in a swimming community like Minot and help carry that tradition.

Q:You set some national swimming records while competing at the HS/Youth level. What events? Did you also compete in some national events outside of the high school season?
A: I swam year-round, so I competed in many competitions outside of the high school swim season as well. Competitions anywhere from the sectional to international level. Both as an individual competitor and on junior and senior national teams. Probably one of the biggest achievements was setting an American Record in the 400 yard individual medley. I also set a national age group record in the 200 meter freestyle for the 15-16 age group.

Q: You had the opportunity to compete at the collegiate level, but decided to pursue swimming professionally. What was behind that decision? Where did you go?
A: I originally signed to swim at Auburn University, but decided to compete as a professional instead right after high school. I moved to southern California after high school and trained with an elite group of other professional swimmers. However, I did take college courses at a local college in the area to maintain my studies in addition to training.
My goal was to first make the 2012 Olympic team, and hopefully more Olympic teams beyond that. I was close, and my times were already at the top of the collegiate level while I was in high school. I hoped going pro would have a more individualized training plan and focus. Ultimately, it was not the best decision for my swimming career, but I'm very happy with the success I've had and the path it ultimately led to.

Q:  It’s quite a commitment (both time and mentally) to train and compete at a high level as well as balance the academics side. What were some of the challenges/preparations needed to do that?
A: I think the biggest challenge was that my routine was vastly different than my training schedule that I  had for years prior. When you are in college, depending on your schedule, you might have hours of time in between classes, you might have evening classes which is a change too. I was also living on my own at 18 so I was learning to take care of myself entirely while training and going to school. It was definitely a different ball game being a professional athlete for a short period because you don't have the same support system as an athlete at a university. So having a different schedule/regimen while learning to be an adult was a growing experience.

Q: Was there a particular season/event or moment you are particularly fond of?
A: In 2011, about a year and a half after graduating high school, and a year into being pro, I was having a difficult time in my swimming career, but was already selected to be on the World Championship team in Shanghai, China. I was part of the gold medal winning relay, and also swam my personal best time in time trial swim, completely beating the odds. It was probably one of the best moments latter in my career, because it was such a huge success in a lower time my career.

Did You Know: Knutson was part of the U.S. gold medal-winning 800 meter relay at the 14th FINA World Championships in Shanghai, China in 2011

Q: What career/degree did you pursue?
A: Fast-forwarding ahead, I ended up moving to Phoenix and transferred to Grand Canyon University (GCU) to finish my undergrad. I was an undergraduate assistant coach on scholarship there with the mens' and womens' swim team there. I graduated spring of 2016 with a Bachelor of Science degree in Sports Management.

Q: Following college, what was the next chapter for you?
A: After college, I no longer competed and I wanted to explore adult life. Find a job, and live on my own again and figure out who I was in the real world. I've had a couple jobs in recruiting a human resources which has given me tons of business/real world experience in working with different kinds of people, completely separate from the swim world. One goal I had since my senior year of college was to eventually become a licensed counselor to work with those who have suffered trauma in their lives. So for the last year I've been working on my master's in Clinical Mental Health Counseling through GCU. I have about a year and half left.

Q: Has swimming remained a big part in your life today?
A: Swimming is not a part of life now, however, I think about it in some way almost every day. I've learned of ton of lessons from the sport, such as pushing myself, listening to my body, competition, time management, overcoming difficult situations, etc. So, in this way, the sport is still very active in my day-to-day living.

Q: What are some of your interests/hobbies?
A: I still love being active, so doing different workouts at the gym, or being active outside is something I rarely go a day without! But aside from now being a full-time student, I also love to cook, read, spend time with my husband, David, and dog!

Q: You mentioned you and your husband recently moved.
A: We moved pretty recently from Arizona to Florida and have settled into our new home. For now, we are just enjoying having our spent with just us two and our dog, Jax.

Q: What advice can you give young athletes today that are involved in high school activities?
A: High school activities/sports just like anything can be trying and bring challenges, but they will give you the best memories and build your character. Be dedicated to what you are doing, always give your best, honest effort. And be a supportive teammate, and make it fun!